Planning a trip? Why not make it more than just a trip and turn it into an adventure. There are many good excuses to travel to historic cities around the world but why not turn the term ‘travel’ on its side and make ‘adventure travel’ the new goal. It can be surprising how easy it is to get the heart pumping in some of the world’s greatest cities. 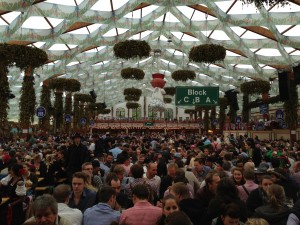 Perennially home to one of the world’s top soccer terms, Bayern Munich, Munich is much more than just a soccer Mecca. In addition to being the beer drinking capital of Bavaria and home to Oktoberfest, Munich also offers a few interesting opportunities for adventure sports.

Get on the train downtown Munich for the opportunity to be on the ski slopes in just over an hour. The Munich train station offers direct access to Garmisch –Partenkirchen ski resorts. Known as ‘The Top of Germany’, Garmisch boasts access to a wide variety of winter sports. The towns of Garmisch and Partenkirchen were combined by decree of Adolf Hitler in order to have a town that was big enough to host the 1936 Winter Olympics. The Olympics left the infrastructure for ski jumping, alpine skiing, ice hockey, cross country skiing, and various other winter sports. On a different part of the same mountain, Zugspitze is offers skiing on a glacier and requires access from a different ski lift.  After a day of winter sports it’s a good idea to tour the Alpine resort town of Garmisch for high end shopping and après ski.

Never been surfing in the city? Munich offers surfing within the city limits on a standing wave in the Eisbach river. This man-made river is home to one of the few places on earth that surfers aren’t required to paddle themselves out into the middle of the ocean. This 1 meter wave also attracts adventure kayakers that want to play in the water. 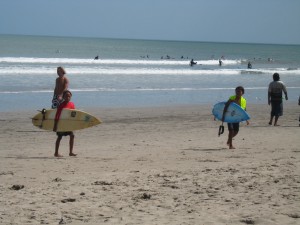 For beer drinking fans, there is no better destination than Munich during Oktoberfest. Home to some of the best beers in the world, Munich celebrates this fact by hosting over 6 million people to sample their wares. Choose from over 16 tents representing the local breweries of Hofbrau, Augustiner, Hacker, Lowenbrau, and more. Expect to drink liters of beer and be sure to bring lederhosen for men and dirndls for women.

Munich is just one of many cities around the world that offer adventure travelers a wide variety of options. After all, there is more to traveling than just looking at museums and churches!