Continuing with the ‘Bucket List’ series, Mount Everest is the cure for the dreamers who wish to be at the top of the world. April is the time of year when trekkers normally begin their 1-2 month journey attempting to reach the summit of Mount Everest while making it out alive and in one piece. The myriad of perils faced by those who attempt to climb the world’s tallest mountain does not seem to deter the ever-increasing number of climbers flocking to Everest each year. 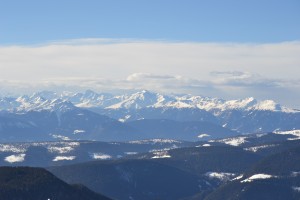 Mount Everest is located at on the border of Tibet and Nepal in the Himalaya mountain range. It towers at a height of 8,848 meters above sea level (29,028 feet). There is no easy route to the summit of Everest. The paths to the top are invariably lined with discarded oxygen tanks, garbage, and the dead bodies that have been claimed by the mountain. The ‘South Col’ route through Nepal is known to be easier than the route through Tibet.

After numerous attempts by George Mallory to reach the summit, he inevitably met his demise in reach of (or shortly after) achieving his goal to be the first to reach the top of Everest. Years later, in May of 1953, Edmund Hillary and Tenzing Norgay were finally the first men to reach the summit and return alive. Since then, Mount Everest has been a magnet for thrill seeking mountain climbers aiming to achieve the ultimate goal of climbing to the world’s highest point. The mountain is considered holy ground by the Sherpa culture. The Sherpas are the indigenous people living in the higher altitudes of the Himilayas that have adapted to living at high altitudes. Tenzing Norgay was a Sherpa that assisted Edmund Hillary in his ascent. Ever since, Sherpas have played an integral role in the majority of attempts at Everest.

Today Everest has come a long way from the days of Mallory and Hillary. It has become a challenge that is almost exclusively saved for those with deep pockets.  Climbers must pay anywhere between $15,000 and $65,000 for guided ascents. That does not even include the cost of travel to Kathmandu. Over the years the mountain has claimed many victims. Some still lay in the wake of the trail due to the inaccessible nature of the peaks.

Climbing Everest is not for the faint of heart. Those who are drawn to the mountain are usually strong-willed, goal-driven people. Climbing Everest is not for everyone. It requires rugged determination and a deep wallet. Additionally, trekkers must have the ability to withstand freezing cold temperatures, lack of sleep, hurricane force winds, and deprived mental capacity due to lack of oxygen and high altitudes. Altitude sickness and frostbite are a daily concern. Due to this among numerous other reasons, travelers may want to save climbing Mount Everest for last item on their bucket list because it could be that last thing you do.