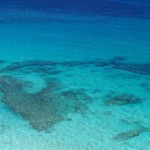 With Christmas right around the corner many people have already started buying gifts for their friends and family. With that in mind, is there any better gift than enjoyable experiences with family? There is no better way to escape the cold of Canadian winters while combining quality time with family than an all inclusive vacation package to the Caribbean.  END_OF_DOCUMENT_TOKEN_TO_BE_REPLACED

Think it’s too early to book a trip for the Christmas holidays? Think again. Now is the best time to book a vacation package to the Caribbean for Christmas and New Year’s Eve. Take advantage of discounted pricing and increased availability while it lasts.   END_OF_DOCUMENT_TOKEN_TO_BE_REPLACED

Get to an All Inclusive this Fall 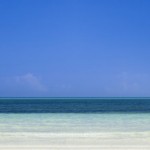 With summer winding down its a great time to start planning a vacation for the fall season. After spending the last few months floating in the pool or playing in the lake by the cottage it would be a waste to let that tan fade away during Canada’s long winter. Why not book an all inclusive to the Caribbean in October or November to keep that summer glow? END_OF_DOCUMENT_TOKEN_TO_BE_REPLACED 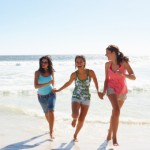 Even though it’s drawing towards the end of summer it doesn’t mean that workouts should be slowing down. For those who are looking for a boost to their training, a challenging cardio workout could be just the ticket. Try out this intense running sequence to blast some fat after and get that heart rate up.  END_OF_DOCUMENT_TOKEN_TO_BE_REPLACED 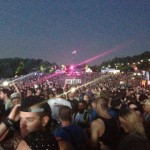 Osheaga’s 9th edition is successfully under way at Parc Jean Drapeau in Montreal. The first day of the event featured a stellar lineup that drew a capacity crowd of 40,000 attendees. Crowds slowly trickled throughout the day as people cut out of work early to get to the show. Those who came late missed some great opening acts. END_OF_DOCUMENT_TOKEN_TO_BE_REPLACED 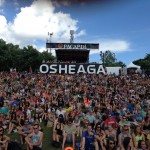 This year marks the ninth edition the Osheaga music festival in Montreal. This three-day event draws approximately 120,000 spectators to Parc Jean-Drapeau on Ile St. Helene. Concertgoers from all over North America are drawn to Montreal for the festival that takes place from August 1st to 3rd this year. Promoters have booked some big acts that will play across 6 stages to follow up on an outstanding line up from last year. END_OF_DOCUMENT_TOKEN_TO_BE_REPLACED

More Things to Do in NYC 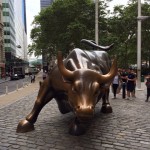 Sometimes it can seem like there are an endless amount of activities of New York City. That’s probably because it’s true. The city truly has something for everybody. Here are a few more fun things to do while visiting the Big Apple.  END_OF_DOCUMENT_TOKEN_TO_BE_REPLACED

NYC on a Budget 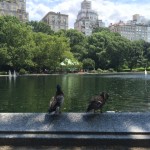 Interested in traveling to New York City but worried about spending too much money? Believe it or not, its possible to have an outstanding trip without breaking the bank. Here are a few great places to visit that won’t cost a dime.  END_OF_DOCUMENT_TOKEN_TO_BE_REPLACED

Summer in the Big Apple 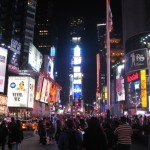 From restaurants to nightlife or from Central Park to Broadway, New York City has something to offer people from any walk of life. The quality of life stems from the multitude of activities available on any given night that satisfy any appetite. Over the next week Lastminutevacations.ca will be exploring some exciting things to do in the Big Apple. First, a quick look at the main tourist attractions. END_OF_DOCUMENT_TOKEN_TO_BE_REPLACED 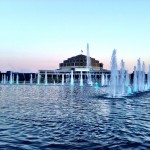 Not many people think of Poland as a popular tourist destination. Even if they do, places like Krakow, Warsaw, and Gdansk usually come to mind before a city like Wroclaw. Don’t let that deter you from visiting one of Europe’s hidden gems.  END_OF_DOCUMENT_TOKEN_TO_BE_REPLACED 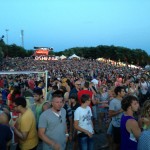 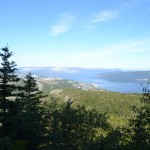 Its that time of the year. The days are getting longer and the sun has finally warmed the lakes to temperatures that won’t cause things to disappear from the cold. Summer is short so the best way to squeeze as much fun as possible out of the cottage is to prepare for it. Here is a list of 10 things that will make that cottage experience more enjoyable: END_OF_DOCUMENT_TOKEN_TO_BE_REPLACED 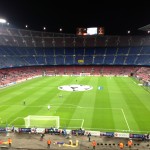 Wondering where the World Cup venues are located? The stadiums for the 2014 edition of the FIFA World Cup are located in 12 different venues across Brazil. From the Amazon rain forest to the big city of Rio de Janeiro, the backdrop of Brazil is being displayed as much as the beautiful game of soccer.  END_OF_DOCUMENT_TOKEN_TO_BE_REPLACED

Berlin – A City in Transition 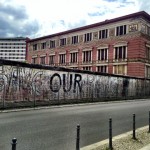 Berlin is currently known as the capital of Germany but it wasn’t always that simple. For a period of 28 years spanning from August 13th, 1961 until October 18th 1989 the wall stood as a symbol separating two political ideologies. More importantly the wall physically separated East and West Germany. On August 13th, 1961 Berliners woke up to find themselves cut off from their families on either side of the wall. The fall of the wall symbolically brought an end to the communist movement separating the two sides of the city in addition to the rest of Eastern Europe. END_OF_DOCUMENT_TOKEN_TO_BE_REPLACED

Thursday June 12th marks the opening of the 2014 World Cup of soccer in Brazil. The world will be watching as Brazil kicks off the festivities against Croatia at 4:00PM EST. A massive influx of visitors to Brazil has put the country in the spotlight. Although many efforts have been put into making this year’s event a successful one, a transport strike, corruption, and unfinished venues have left many fans unsettled. END_OF_DOCUMENT_TOKEN_TO_BE_REPLACED