Europe is an outstanding place to explore for any traveler who enjoys history. Easily accessible via train and discount airlines, a trip throughout the continent can be less expensive than expected. Here are 5 places to include on your list.

Always a popular location for honeymooners, Paris has earned its reputation as one of the most romantic cities in the world. With sights like the Eiffel Tower, the Seine river cruises, the Louvre, the Champs Elysees, Sacre Coeur, and the Arc de Triomphe, there are plenty of activities explore.

The “Eternal City” has been a popular tourist destination for a millennium. After all, all roads lead to Rome. If you are traveling in the summer, expect long lines at sights like the Coloseum, the Vatican, the Pantheon, Trevi Fountain, and pretty much every popular place in the city. 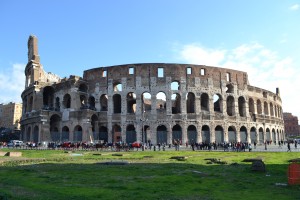 Amsterdam tends to be a pot-lovers paradise because of the easily access to the green stuff at cafes. But aside from that and the red light district, Amsterdam has a lot to offer the European tourist. Don’t be surprised to see more bikes than cars and make sure to take one of the many canal tours.

Madrid is the home of the Prado, Real Madrid Football Club, and some of the most beautiful architecture in Europe. Often overshadowed by the Louvre as Europe’s biggest and most important museum, the Prado houses a vast array of works highlighted by some of the Spanish greats such as Francisco de Goya and Diego Velazquez.

Not only is Prague extremely picturesque, it is also extremely inexpensive. It’s possible to get a beer pretty much anywhere in the city for about $1. Canadians should feel at home in Prague because the people of the Czech Republic as just as crazy about hockey as people in Canada. So if you meet someone in a bar start up a conversation about local favourite Jaromir Jagr, that should start the night off on the right foot.